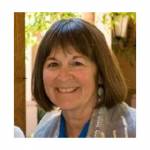 Parashat Lech l’cha, begins famously, at least within the circles of the Jewish people, with the charge G-d gives to Avram v’Sarai, Lech L’cha, go forth from your land, the place of your birth, the house of your parents, and …..Y’hai B’rachah, you will be a blessing. This journey is at once internal and external. Yes, Avram and Sarai physically leave Ur and journey to the land that G-d shows them, but becoming a blessing required their inner journeying as well.

Over 45 years ago, a group of 30 families, all friends, set out on a journey here in this desert, to create a new congregation which they would fittingly call, Congregation Chaverim, a congregation of friends. They, too, took on G-d’s charge, challenge, mitzvah, in effect, G-d’s blessing, to be a blessing. They built an Aron Hakodesh, a Holy Ark, which still stands in the congregation to this day, to house the Sefer Torah that was entrusted to them by the Czech Memorial Scrolls Trust. 45 years ago, they brought a Holocaust Torah to Tucson. This scroll had been confiscated by the Nazis and housed in a former synagogue, the Michle Synagogue , with the intention that after the War, Hitler would build a museum to the dead race. In Bohemia and Moravia, the Nazis ordered that what we call Klei Kodesh, Ritual Items-Hebrew Bibles, Siddurim, prayerbooks, Kiddish cups, Shabbos candlesticks, Torah Scrolls—were collected and sent to the Central Jewish Museum in Prague. More than 100,000 ritual items were eventually warehoused in Prague. 1,564 Torah scrolls were held in the Michle Synagogue. It was the nazi intention that the purpose of these items was to serve as a testimonial to the “extinct Jewish people and the extinct Jewish tradition.”

Martin Buber taught, “We are held and upheld by common remembrance”. Over these past 45 years, this rescued scroll has held and upheld us; every b’nai mitzvah who has read from this scroll, every person who has read from this Torah during Yom Kippur morning or afternoon services; every child or adult who has gathered around this magnificent scroll which stands over three feet tall and looked at the beauty of the Hebrew letters and wondered about the community, our fellow Jews, who read and studied and were held and upheld by this scroll.

As we approach the 80th anniversary commemoration of Kristallnacht, I share this prayer which was written for the dedication of his congregation’s Holocaust Torah on the 50th observance of Kristallnacht by Rabbi Charles P. Sherman. “Our G-d and G-d of all generations of Jewish faith, may this Torah scroll serve as more than just a monument and memorial to the Six Million. May it stand in our Holy Ark as a survivor and a witness. A survivor of the greatest period of destruction in our history and, at the same time, a witness to the indestructibility of our faith and our people. In its presence, we affirm once more the words spoken by so many of our people with their last breath of life, the words which affirm tonight our commitment to live as Jews. Sh’ma Yisrael Adoshem Elokeinu, Adoshem Echad.”

On our desert journey, with our Holocaust Torah leading the way, we continue to try to live G-d’s ancient challenge to our ancestors, Abraham and Sarah, Lech L’cha: Be a Blessing: live holy lives of mitzvah, justice and shalom; be bold, courageous Jews in this world; be careful and caring Jews; repair the world by mitzvah deed, by loving kindness and by being Shabbos Keepers and by watching your words with diligence, sensitivity and forethought.