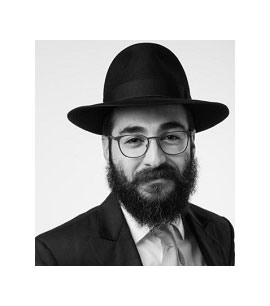 Beneath the Human Surface

A psychotherapist named Akiva Klitsner stood at the Gala Banquet of the International Conference of Chabad Rabbis in New York on Sunday.

He told of an Israeli teenager who dropped out of high school and was spending his days getting high at a youth hostel. After a dramatic intervention, the boy was sent to an addiction recovery center in Draper, Utah.

Thanks to the various therapies at the center, the boy began to heal, "but it was the regular visits by Chabad Rabbi Benny Zippel which provided a connection to the outside world and the Jewish home he had left behind," Klitsner said.

While others lost hope in the boy - including himself - the Zippel family welcomed him into their home and believed in him. "Rabbi Zippel's selflessness and love helped spark within the young man a yearning for a new way of life," Klitsner said.

Today that boy is a successful professional, a proud and loving husband, and a father for 4 beautiful children, Klitsner said and then added, "that young man is me..."

This story explains a classic question on this week's Torah reading of Toldos: Why did our forefather Issac plan on giving blessings to his immoral child Esau, instead of the righteous child Jacob?

The Alter Rebbe, Rabbi Schneur Zalman of Liadi, explains that Issac was a well-digger, a person who sees potential beneath the surface and toils to discover inner treasures. This was a physical pursuit for water, as well as a spiritual vocation with fellow human beings.

Issac recognized that beneath the rough exterior of Esau was a soul that had the ability to shine. He hoped that his blessings would influence Esau's character and steer him on the path to righteousness.

While that didn't end up happening, the mere fact that the Torah mentions this tale teaches us that we ought to do the same: See every human being not only for what they are, but what they could be.