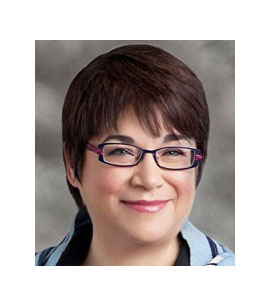 Despite the fact that they are twins, Esau and Jacob are complete opposites. Esau is hairy and Jacob is smooth. Esau is a skillful hunter, a man of the outdoors and Jacob is a mild man who stays in camp. Isaac loves Esau because he likes to eat game and Rebecca loves Jacob.

However, if we look closely at both men, the picture becomes less stark. We can see Jacob as less physical, someone who is bullied by Esau. But Jacob is also a fighter. When the twins are fighting so much in the womb that Rebecca has to inquire of God [Genesis 25:22], both of them are fighting. Even at birth they are fighting and there is the sense the Jacob is only barely edged out to be the firstborn. Jacob stays in camp, yet he is the one who leaves and it is Esau who takes care of their parents for the rest of their lives. Esau is a skillful hunter, but it is Jacob who is the more successful hunter in this week’s Torah portion, Parashat Toldot.

A successful hunter has to have a great deal of patience, know the appropriate lure for the animal that they are stalking as well as its pattern of behavior, and be ready to make the most of an opportunity. Esau comes home from hunting, famished, unaware that he is about to be the prey, and it just so happens that Jacob is cooking a red lentil stew. In a matter of a few sentences, Esau has exchanged his birthright for a bowl of soup with some bread and something to drink [Genesis 25:29 – 34]. Jacob knew what Esau’s patterns were and he knew Esau would want some food when he returned from hunting. Lentil stew would be a good choice, because a stew would hold for a long time since he could not know exactly when he would need it. Jacob uses the skills of a trapper to get exactly what he wants from his older brother, the birthright.

When it comes to wresting Esau’s blessing from their father, Jacob again utilizes the skills of a hunter. His objection to Rebecca’s plan is an analysis of the weaknesses of her suggestion not a protest that he could never do such a thing. When it comes right down to it, Jacob is very willing to disguise himself in his brother’s clothes so that he smells like his brother, to wear patches of goat skin so that he feels like his brother to the touch, to answer Isaac’s questions as if he were Esau in order to obtain his brother’s blessing [Genesis 27:1 – 29]. Again he is using the skills of a hunter; he changes his appearance, changes his smell, provides the appropriate lure, goat stew; and takes advantage of the opportunity of his brother’s hunting trip.

When we look at any biblical personality as caricatures, instead of examining all of the intricacies of who they are, we lose some of the richness of the story. The twins share many traits, good and bad, and both are complex. We will never include Esau, or Ishmael for that matter, in the first prayer of the Amidah, when we speak of the unique relationship God had with our ancestors. But we can make sure that we know more about them and learn from their lives, just as we learn from the lives of Abraham and Sarah, Isaac and Rebecca, and Jacob and Leah and Rachel.