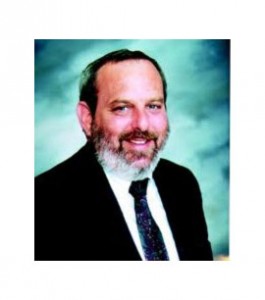 Imagine the scene as it would be produced for TV: A dysfunctional family, the members of which have been estranged from each other for well over 20 years, are about to come together as one. The veils are lifted, the faces come into focus, each realizes who the others are, and …. ? And we cut for a commercial! How did the people respond? What did they say? … do? If we are lucky we would find out after a few commercials. If Hollywood had its way, we would be waiting until the beginning of the next season to see the results of the encounter.

And yet, as our story is told, the moment and its message are somewhat different. Hardly entertainment, the scene provides us with a lesson how to make our lives “that much more.”

We are reading in PARASHAT VAYIGASH (Genesis 44:18 – 45:27) of the reunion of Joseph and his brothers. After disposing of Joseph and all that he represented, over 20 years later, the brothers are reunited as one. At the exact moment that Joseph reveals himself to his brothers, they cower … afraid of the payback that they presume is about to come. However, Joseph rises above the moment. No commercial … no waiting for the next season … he immediately calls them forward and exclaims (45:4-5) “I am you brother Joseph, he whom you sold in to Egypt. Now, do not be distressed or reproach yourselves because you sold me hither; I was to save life that God sent me ahead of you.” What he tells them is that there is meaning to the madness … that, when we see the “big picture” even the worst of times are really not all that bad.

God sent me ahead of you … What did Joseph mean by that? On a simple level it reflects his belief that everything does happen for a reason. We may not see it at first. We may be so focused on the immediacy of our particular situation that we cannot look beyond the moment. However, if we were to look beyond ourselves, we will see that there is much more to life than “me, myself and I”.

That is a nice thought, sounds like something a rabbi would say. However, what about my life … when I am hurting up front and personal? Am I supposed to say: “hit me again, it feels nice to feel bad because (at least I am told that) it is for a greater good?”

Another way of looking at that text is through how it encourages us to make meaning, especially when there does not seem to be any. By attributing the ups and downs he had experienced to that which was greater than himself he opened himself up to developing a sense of “mission, vision and values” … a framework for making sure that more than just counting the moments that were his, he would make each moment count.