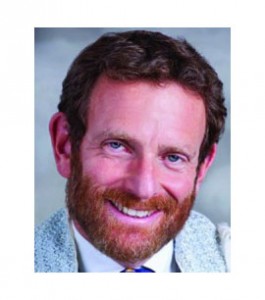 Will the Wicked Continue to Flourish? No—Plagues and Justice
Torah Talk on Parshat Vaera 5777

As this week’s portion of Va’era begins, the Israelites are in Egyptian slavery, and the mysterious figure of Moses has returned to try free them from bondage. In Va’era, God brings about a series of plagues that traumatize the Egyptians, and bedevil the Pharaoh, king of Egypt: blood, frogs, lice, wild beasts, boils, and cattle disease serially afflict the land and its inhabitants, or at least the non-Israelite inhabitants. In next week’s portion of Bo, three more plagues will come—hail, locusts, and darkness—all leading up to the final plague and the climactic death scene of the slaying of the first-born and the Exodus, the great moment in which our ancestors are freed from slavery. It is the model for narratives of deliverance and emancipation ever after.

These plagues are interesting in and of themselves. There are three sets of three plagues each, increasing in severity and complexity, every one designed to prove the power of the true God and the impotence of the pagan gods of Egypt. The Nile River was a principle deity of Egypt, as well as the source of its life and livelihood—and so, for the first plague, God simply turns it to undrinkable blood. There are frog gods in the Egyptian pantheon, and they are next turned into pests that infest homes and fields. The scarab is a sacred beetle to Egyptians, a symbol of the Pharaoh’s power, and insects like it are next used to torment the inhabitants. And so it goes: sacred cows get diseases, the fertility of the holy land of Egypt itself is destroyed. Finally even the great Ra, the highest deity, the sun itself, is blotted out for days.

The plagues are a statement of theology, belief. There is only one God, and those who adhere to other gods, and use their own power to enslave others, will be overthrown by a greater power and with Divine majesty. The arrogant will be overcome. Freedom will ultimately be guaranteed. And justice, through the true God, will triumph in the end.

It’s a message that still has resonance today…

Whenever we come to believe that evil is destined to reign, that those who enslave others will rule, that the wicked who use control for malign purposes are destined to flourish, we should re-read this plagues narrative in Exodus. For, at heart, this is a universe created by God for good, and God ultimately will return us to that path. No matter what malign actions are taken by those who are truly evil, God will ultimately bring about redemption.

Our task is to work towards that end in our own ways. And so, when we find ways to increase justice in this complex world, we are simply doing the work for which we were made, for which the universe was made, and thus, serving God.