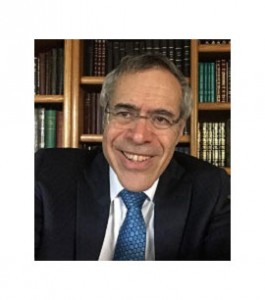 When Joseph came to visit his father Jacob during his final illness, the Torah tells us (Genesis 48:2) that he (Jacob) exerted himself and sat up on his bed. Jacob was the family patriarch who deserved the utmost respect. He was also old and quite weak at the time, but he specifically took the pains to lift himself when Joseph arrived to bow to Joseph, not as his son but as viceroy of Egypt. Jacob’s behavior seemed quite acceptable, especially in view of Joseph’s pristine character and how in his royal position he saved the world’s economy.

But the thematically similar interaction between Moses and Pharaoh as the story of the Exodus begins to unfold poses some serious difficulty. Moses and Aaron were directed by G-d to demand the freedom of their enslaved brethren. At the same time, G-d commanded them to carefully communicate and converse with Pharaoh in the respectful manner due a king (Exodus 5:3, 6:13, Medrash cited by Rashi). This seems quite troubling. Respect for Pharaoh? We are speaking about the Pharaoh who mercilessly enslaved and tormented the Jewish people. We are speaking about the arrogant Pharaoh who responded to Moses with defiance as he declared, “Who is Hashem that I should listen to Him?”

The Torah is teaching us a vital lesson: It is not Pharaoh himself who was to be honored, but his royal position. The Torah calls out to us to respect the positions of monarchy and government leadership because without those institutions in place, anarchy emerges.

Esther and I flew back from Israel at the end of election day. Someone on the plane called out, “Trump won!” Most of the passengers cheered. There are many Americans who celebrate his victory. However, vocal and quiet expressions of despair, disbelief, and anguish have emerged all over the country and from many members of our beloved Tucson Jewish Community.

This week marks the inauguration of the 45th President of the United States. The directive of the Torah as modeled by our patriarch Jacob and our teacher Moses shows us how we must respond as Jews. Feelings need to be set aside and respect given to the Office of the Presidency of the United States of America. It behooves us as Jews to honor the office of the country that has afforded us the greatest physical and spiritual freedom in all history.