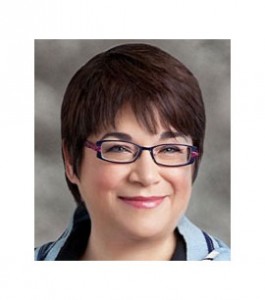 To scientists, the 8,500 year old skeleton found in the Columbia River in 1996 is known as Kennewick Man, the oldest, most complete set of remains found in North America. There have been scientific studies on what they see as an exciting find. The initial studies of the skeleton indicated that he was not related to the indigenous peoples who live along the Columbia.

To the tribes, he has always been known as The Ancient One, their ancestor, and they want him to be buried with the respect that is his due. After twenty years of lawsuits, and DNA proof that The Ancient One is genetically related to one of the five tribes in the area, he will be buried in a private location known only to the tribes this year.

I cannot help but think of Joseph, the son of Jacob, when I hear the story of The Ancient One.

Before his death, Joseph exacts an oath from his family, telling them that God will remember them, and they are to carry his bones up with them when they leave Egypt. Genesis ends with Joseph dying at the age of 110, embalmed, and placed in a casket in Egypt.

Fast forward a few centuries and the Israelites are leaving. We read that amidst all of the preparations, Moses takes the bones of Joseph fulfilling the oath. In the Midrash, Joseph’s casket was sunk in the Nile. Moses is given the location and the means to retrieve the casket before the Exodus. Joseph’s bones are carried with the Israelites on all of their journeys and will be buried as promised when they enter the Land.

What can we learn from Joseph? To look beyond this moment and see the big picture. Joseph forgives his brothers for selling him into slavery, because, as he says to them, “it was to save life that God sent me ahead of you” and “it was not you who sent me here, but God.” Joseph also sees that he will not be buried in Canaan until God takes notice of them and brings them up from Egypt.

What can we learn from The Ancient One? It is a reminder of kavod hameit, that the honor of the dead requires us to treat them with respect, no matter how old they are.