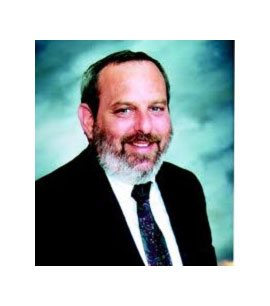 OK, here is a “challenge”: How many of the ASERET HaDIBROT (what we refer to as “The Ten Commandments”) can you list? … and, in what order?

There was a time when that challenge would have been easy. All we would have had to do is look up at the wall (in any number of public places), find the plaque, and write them down. Some of us were even conditioned to memorize them so they would always be with us.

Today? Today, society has changed and such concerns are not always that much of a priority.

And yet, as our Torah Portion of this Shabbat teaches, those 10, and what they represent, are at the core of who and what we are, (and promised we can yet be) as individuals and as a people.

3) and Moses went up to God. The Lord called to him from the mountain, saying, “Thus shall you say to the house of Jacob and declare to the children of Israel: 4) ‘You have seen what I did to the Egyptians, how I bore you on eagles’ wings and brought you to Me. 5) Now then, if you will obey Me faithfully and keep My covenant, you shall be My treasured possession among all the peoples. Indeed, all the earth is Mine, 6) but you shall be to Me a kingdom of priests and a holy nation.’ These are the words that you shall speak to the children of Israel.”

Indeed, all the earth is Mine, but you shall be to Me a kingdom of priests and a holy nation. As a people, we usually do not do theology all that well. However, this idea: that God charged us to live according to the covenant … our part of which (responsibility) is introduced by what we refer to as “The Ten Commandments” … is why we are here in the first place. God has a plan, and we have a part in it. All we have to do is our part.

That there is a plan to all of this is something that some deny, some fail to discern, and some (even if it is apparent) could care less about. And yet, especially when it is hardest to define, that plan is that much more important to pursue, even if for no other reason than that it is there.

How many of the ASERET HaDIBROT (what we refer to as “The Ten Commandments”) can you list? … and, in what order? Why sh/would one even bother thinking about such a challenge?

Obviously, if one does not want to s/he will not. And yet, the possibilities that such an opportunity affords us should not go unnoticed or unappreciated. The possibility is for the opportunity to live a life that is worth living … meaningful and significant … that will live on, and love on, beyond our presence in this world.

The ASERET HaDIBROT (“The Ten Commandments”) are a challenge! They were revealed to us as a framework for making our lives and the world at large what it was designed to be, and still can be. In the end, it does not matter so much if we can list them in any order (much less the correct one). What is important is that we do/live them.