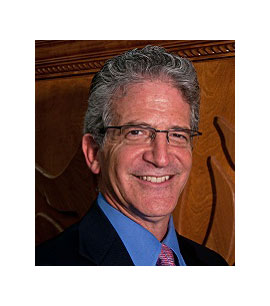 The story of Joseph and his brothers is the most extensive and detailed narrative in the entire Torah. Our attention, of course, is drawn to Joseph, who is often described as immature, arrogant, and a dreamer of dreams. His brothers view him as a little brat, and they become even more angry with him when he interprets one of the dreams depicting his destiny over theirs.

Rabbi Joseph B. Soleveitchik offers an unusual explanation for the brothers’ anger toward Joseph. They were all shepherds, representing a traditional lifestyle. That is all they ever knew. That is all they wanted to know. They were resistant to change. Joseph was driven by unrestrained creative thinking, and he offered a much different destiny for the family. The sheaves of wheat represent a new technology – agriculture! No longer would the brothers spend their days walking up and down the slopes in search of the lushest pastures. Discovering the cultivation of grain from wild grasses and learning to domesticate animals in a single place were the next steps in civilization’s evolution. Joseph saw this, but his brothers were afraid to make a change.

There is a rabbinic saying, Ein sechut ala ba’maseh, “There is no merit except in what we do.” So, Joseph’s story is one of dreams becoming a reality through vision and hard work. Your dreams will have no ever-lasting value unless you act upon them. Joseph’s dreams came true for himself, his family, and all of Egypt during his lifetime because he transformed them.

Our holiday of Chanukah, beginning next week, is a celebration of the fulfillment of dreams. Chanukah reminds us never to give up on our dreams for freedom and peace. In the year 165 BCE, on the twenty-fifth of Kislev, the Jews were able to rest after their victory over the Syrian Greeks. From rest, we envision new dreams. As we light the candles, beginning this Tuesday, let us rest and dream for ourselves, our family, and our world. Let us then awaken to the opportunities that are within our reach.