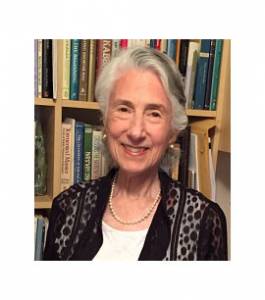 We’ve reached a dramatic moment in the Torah. Jacob is about to meet his brother Esau after a 20 year separation. Esau is arriving with four hundred men on horseback, a veritable army. Perhaps he is still seeking vengeance? After all, Jacob was key in tricking their father into giving the blessing of Abraham to Jacob instead of to Esau.

Esau is arriving with his army while Jacob is unarmed, traveling only with his wives, children, servants and flocks. How will he prepare himself to meet his brother?

The answer is found in the famous scene of his wrestling with an unknown, unnamed assailant. The Rabbis say he is wrestling with, and prevailing over, Esau’s guardian angel. But I prefer a more psychological interpretation.

If we are going to grow and mature, at some point we need to stop and take stock of ourselves, our lives, our decisions and our actions. This is what Jacob is doing, alone, as he follows the Divine call to return home. He is wrestling in the middle of the night with his fears, with what he knows to be right that does not fit with his natural inclination and past behavior.

In the morning Jacob has prevailed over himself; he has gained the upper hand over his desire to flee. He will approach Esau and face the consequences of their shared past.

But note the wound to the socket of his hip as a result of the wrestling. Why not a wound on his arm? His face? Because the wound leaves him with a limp, a reminder not to run away again.

This scene is the turning point in Jacob’s life. He gets a new name, a sign of his transformation. He is now called Yisrael, the one who wrestles with God. Shall we consider it “the God within who shows us the right path”?

As it is with Jacob, so it is with us: if we want to grow and mature, if we want to travel the path of integrity and courage, we must wrestle with our weaknesses and shortcomings. We must prevail over the easy way out by facing our problems rather than running away from them. Then we shall truly be worthy of our name: Children of Yisrael.