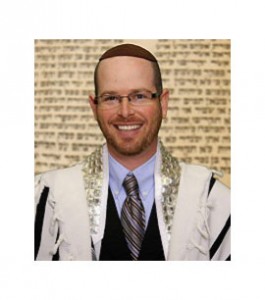 Is there a such thing as secular studies?

Many people break knowledge into two categories, religious and secular. Jewish luminaries from Eastern Europe, influenced by Christianity, have conditioned us to think this way. The Jewish sages from Spain did not subscribe to this concept. Perhaps the greatest rabbi to ever live, Rabbi Moshe ben Maimon (known as Rambam or Maimonides) taught that “secular” does not exist.

My dear teacher Rabbi Daniel Bouskila explained to me that for Maimonides, physics, mathematics, science, and all knowledge are considered Torah. Rambam claims that we ought not make a distinction between Torah and science. The Torah and scientific knowledge are not at odds. Rabbi Bouskila is using his position as Director of the Sephardic Educational Center in Los Angeles and Jerusalem to reeducate us Jews to realize this amazing concept.

Moshe Halbertal agrees with Rabbi Bouskila in his book Maimonides: Life and Thought, stating that “For Maimonides, engaging in science is the pinnacle of religious existence, directed toward realizing the purpose of human existence on earth.” With this Maimonidean frame of mind, learning about the world around us takes on holy dimensions. Algebra is not an inconvenience or a chore but a part to unlocking God’s universe. Studying chemistry, biology, and physics are holy acts. A serious Jew should use this gloss, this overlay of thought, when digesting the world around us. This is a grounded Jewish approach, based on solid traditional thinking.

Let us heed the wisdom of our visionary leader Rambam, all knowledge is Torah. One need not be of Sephardic origin to accept this fundamental principal. Our religious ideas are not tied to the mindset of our Christian neighbors. Maimonides’s way of defining learning is truly thinking with a “Yiddishe kup.”