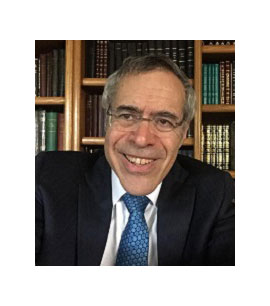 Likewise, in understanding the depths and grandeur of the Torah, our Sages teach us that location and proximity are key factors.

One classic example is the sequence of the culmination of last week’s portion, which describes what is deemed ritually unclean in the animal kingdom, followed directly by the beginning of this week’s portion which deals with spiritual impurity in humans.

The great Torah commentator Rashi explains that the sequence presented here mirrors the format of the world’s creation. Rashi states that just as sequentially in Creation animals preceded humans, and humans came last, so too, the laws of animal purity are taught before those of human purity.

The Talmud underscores that man must realize that he was created last to remind him that he was not present when G-d created the rest of the world. Man was totally uninvolved in Creation. No matter how technologically advanced the world becomes and no matter how extensive and detailed our scientific knowledge expands, we will never be able to fathom the secrets of creation simply because we were not there.

The profundity of this message clarifies a misunderstanding that might emerge in modern times. One argument against keeping kosher today is belief that the Biblical and Talmudic directives for food consumption are grossly outdated, that with highly computerized food production and strict USDA standards, any health concerns are obviated. Some even extend this thinking to pork, one of the most popular meat staples in the American diet.

G-d create everything without us giving him any advice. As sophisticated as we believe our thinking is, as humans it is impossible for us to fathom what G-d had in mind.

G-d and only G-d understands the spiritual significance of each and every one of his eternal commandments.

The creation of man was G-d’s final creation in the world, and only G-d, the Creator of man, can truly determine the spiritual nutrition man requires.